A gloomy day with gloomy news 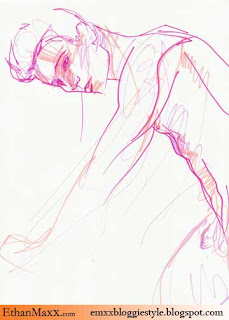 I'm going to have to look at both sides for this posting, first the bad and then... the positive?

Now a look at the positive side. A representative at the art fair told me that my artwork " generate a lot of interest" that's good. Thousands of people who've never seen my work before, have now been exposed to me. AND out of the over 2,500 artists who applied only 200 were accepted and I was one of them.
Posted by Ethan Maxx at 11:08 AM

I hope you aren't too upset.

My husband works at an established gallery in Seattle's Pioneer Square, and art sales have tanked again after a brief upturn. Even some very popular mid-tier artists are feeling unloved.

Quite a few galleries have closed, and more are probably due.

So I think you, like other artists, are seeing the effects of a depressed economy.

While we all wait for an economic upturn, you should take the positive comments to heart as to the value of your work.